Written by Mitch Milner
Updated over a week ago

Here are the need-to-know limitations of the Zingle messaging platform, a more in depth explanation can be found below these bullet points.

Zingle utilizes SMS (short message service) to send and receive text messages in the same way that your mobile device does. It should be known that to date, this is the only way to send and receive text messages. Zingle, along with every messaging provider, delivers SMS messages to the recipient's phone carrier. The way that the carrier delivers the messages to the device of the recipient is out of Zingle's control.

Since SMS is the broader language that some carriers interpret differently, there are things to keep in mind to prevent messages from splitting into several messages: 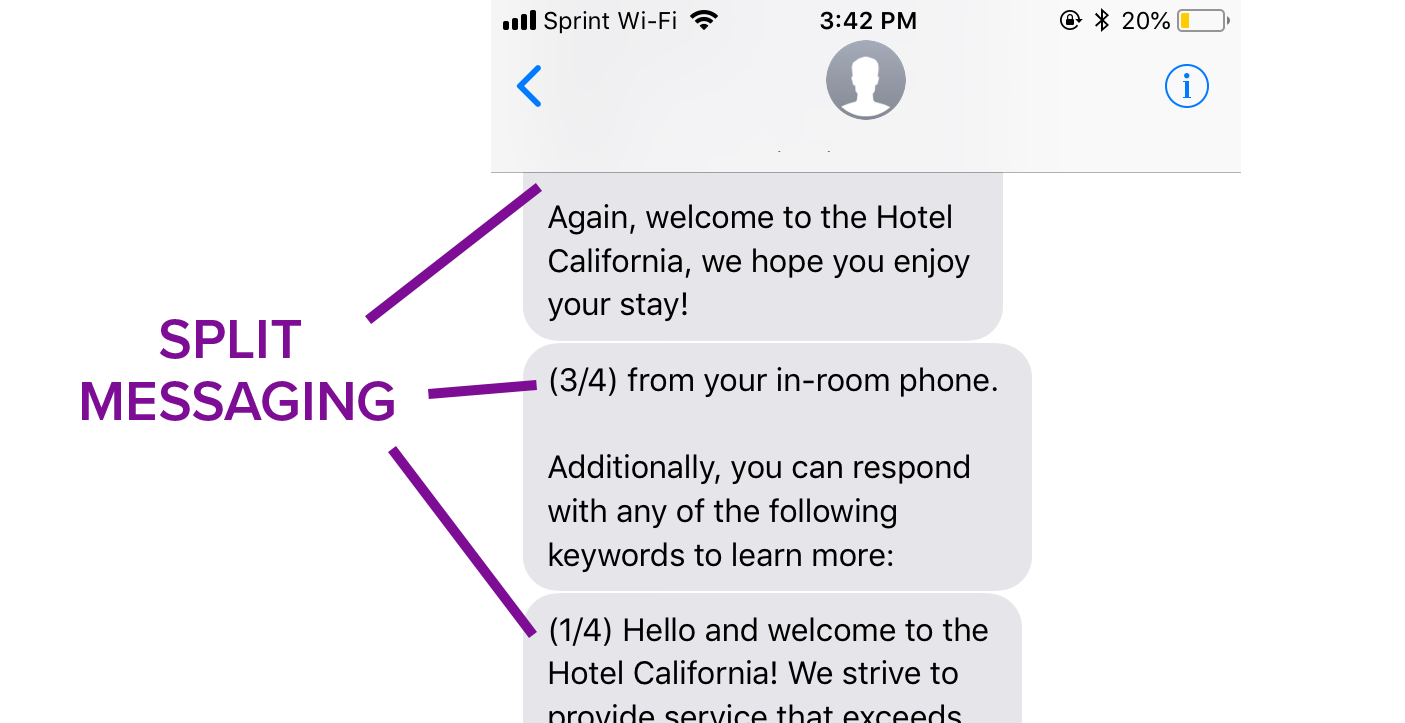 I don't have trouble sending long messages on my iPhone or Android device, why is Zingle different? The appearance of delivered messages is a combination on your phone carrier, mobile device and device settings. Also there is a distinction between iMessage and SMS, which brings us to another question...

Why do my texts to Zingle turn green?

On the iPhone mobile device, messages appear green when sent via SMS. Messages turn blue when sent using iMessage over an internet connection to another Apple device. iMessages aren't text messages in the traditional sense and are best described as messages sent back and forth in an application. A way of thinking about it is this:

The beauty of Zingle is that your customers are not required to download an app to message with you. Because this is accomplished using SMS, messages sent from iPhone devices turn green.

Messages can only be sent 1 per second to any standard ten digit phone number. Carriers use throttling to control the load and flow of messages. If purchased, a shortcode can be used to send messages faster than the 1 per second rate.

The 1 per second send rate is important. Let's say you're sending a message to 1,000 recipients. It's going to take approximately 16 minutes before all 1,000 messages are delivered. During this time, any single messages or replies sent won't be delivered until after the first batch of 1,000. In other words, there is a queue and new outbound messages end up at the end of the queue.